This year again, Tokyo International Film Festival (TIFF) will publish the “TIFF Times” Daily during the festival period from October 24 (Sat.) to November 2 (Mon.) to deliver valuable articles and information about the festival.

Daily publications are a familiar feature at international film festivals, and this year’s edition will be the second to be published at this festival, following last year. In addition to information on daily screenings and a map of screening theaters, the “TIFF Times” also features a full range of interviews on a daily basis. Jury Grits of the films in competition, featuring newspaper reporters, film writers, and TIFF Gakusei Ouendan (Student Supporters), will also be published starting from the October 27(Day 4) issue.

Issues are free of charge, please feel free to take an issue home with you.

Only front page articles will be published daily on the official website.

If you’d like to see information on each screenings, other articles, and the Jury Grits, check it out at the distribution locations! 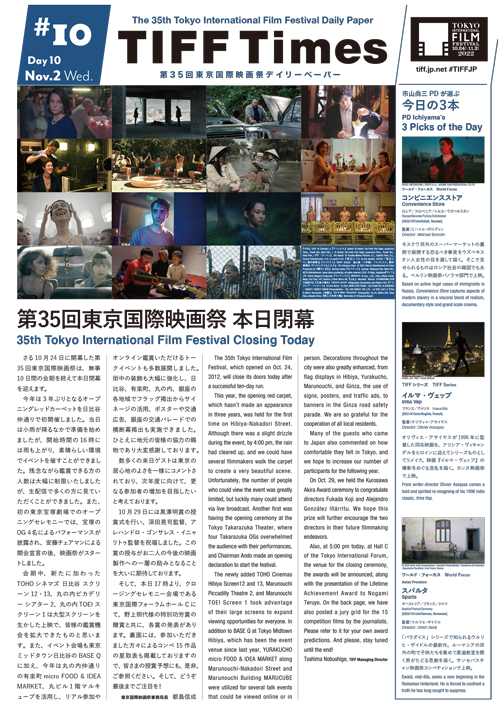