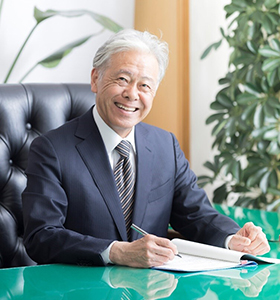 For more than 2 years now, the world has been facing difficulties due to the COVID-19 pandemic. TIFF has nevertheless managed the challenging task of maintaining its physical component throughout.

Although the situation remains dire, we as a festival are continuously working so that we can flourish even more in a post-COVID world.

Since last year, TIFF have moved its venues to the Hibiya, Yurakucho, Marunouchi and Ginza areas. This year, we will further expand and increase the number of theaters, screens, and films to be exhibited. We are also deepening our collaborations with businesses and government entities in the area.

Another important mission of a film festival is to facilitate exchange between domestic and international filmmakers. TIFF hopes to further facilitate this exchange. The festival endeavors to work with whatever international travel restrictions the pandemic may impose so that it can serve to strengthen connections between Japan and the world through cinema.

Finally, a priority that is of utmost importance to a film festival is its lineup. We at the Tokyo International Film Festival will continue to exert our efforts so that we can deliver to you a lineup that is worthy of a major film festival representing Asia.

We humbly ask for your continued support.

Ando Hiroyasu was born in 1944. After graduating from the University of Tokyo in 1970, he entered Japan’s Ministry of Foreign Affairs. After serving as a diplomat in the US, the Philippines and the UK, he served as the Private Secretary for the Prime Minister, the Minister-Counselor at the Embassy of Japan in the US, the Director-General in charge of Middle East and African Affairs, the Ambassador of the Consulate General of Japan in New York, the Assistant Chief Cabinet Secretary and the Ambassador to Italy. As President of the Japan Foundation from October 2011 to September 2020, Ando's focus was on international cultural exchange. In 2019, he was appointed to Chairman of the Tokyo International Film Festival.