TIFF will showcase its selection of films in nine diverse main sections.

The Competition will showcase feature films that were completed after January 2022. Following a rigorous screening process, fifteen films were chosen from around the world for screening at the festival. This year TIFF received 1,695 entries from 107 countries and regions. The International Competition Jury, comprised of international cineastes, will award the prizes to the winners at the Closing Ceremony.

The motto for the Asian Future Section is “From Asia to the World! From Asia to the Future!” This year marks the tenth edition of the section since its inception at the 26th Tokyo International Film Festival in 2013. Asian Future is a competitive section that features work from up-and-coming Asian directors, including those from Japan and the Middle East, who have directed no more than three feature-length films. The top film will be awarded the “Asian Future Best Film Award.” Two Japanese films have been selected this year. All ten films competing in the section will have their highly anticipated world premiere.

The Gala Selection premieres the latest films ahead of their Japanese release. Fourteen films will be showcased this year to bring additional excitement to the festival. These include much-talked-about films in international film festivals around the world, the latest films from internationally renowned auteurs, and entertainment films that were massive hits in their home countries.

The World Focus section presents notable works from various international film festivals and the latest films that have yet to be released in Japan, along with Spanish, Central American, and South American films in collaboration with the Latin Beat Film Festival. This year, through a first joint presentation with Taipei Economic and Cultural Representative Office in Japan, Taiwan Cultural Center and TOKYO FILMeX, the section will show the works of renowned Taiwan-based auteur Tsai Ming-Liang who is celebrating his 30th anniversary since his directorial debut with “Rebels of the Neon God.”

The Youth section delivers opportunities for young boys and girls to experience the wonders of cinema. In “TIFF 2022: Teens Meet Cinema,” junior high and high school students are given a limited amount of time to make a film, which will be showcased on the screen. “TIFF Children” will be screening silent classics with live performances. In “TIFF Teens,” the section will select from a roster of highly acclaimed international film festival entries to showcase films that are sure to inspire the participating high school students.

Nippon Cinema Now will select from Japanese releases this past year films it deems imperative to introduce to international audiences. The section will also showcase two of Shinji Aoyama’s most famous works in memory of the filmmaker, who suddenly passed away this past March.

This year's theme for the Japanese Animation section is "Creating the World from Scratch." In its “Creating Worlds with Animation” focus, the section will feature the most recent films in Japanese animation. Its retrospective presentation will show four films to look at how the visual form has captured Tokyo throughout the years. The tokusatsu focus will showcase 4K remasters of the “Ultraseven” series that is celebrating its 55th anniversary since it first aired on television. Symposiums with relevant creators and specialists will be held on each of the three focus points mentioned above.

TIFF Series is a section that brings to the screen among the best series produced for television broadcasting and streaming services before their release in Japan.

Born in 1963. As a producer for Shochiku Co., Ltd. and Office Kitano Inc., Ichiyama mainly produced works by the non-Japanese filmmakers. His major films include Hou Hsiao-Hsien's Flowers of Shanghai (1998), Cannes Film Festival Jury Prize-winning director Samira Makhmalbaf's Blackboards (2000), and Cannes Film Festival Best Screenplay winner A Touch of Sin (2013) directed by Jia Zhangke. He was also in charge of selecting films for the Tokyo International Film Festival from 1992 to 1999. In 2000, he launched the Film Festival Tokyo FILMeX and served as the director. Since 2013, he has been a visiting professor at the Tokyo University of the Arts, Graduate School of Film and New Media. He is the recipient of the 2019 Kawakita Award. He was appointed Programming Director of the Tokyo International Film Festival in 2021. 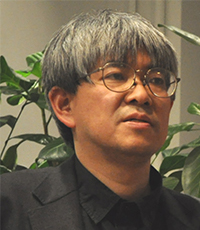 Born in 1960. Ishizaka began critiquing Asian and documentary films after majoring in film studies in Waseda University’s Graduate School. He planned and managed an Asia-Middle East Film Festival Series from 1990 to 2007 for the Japan Foundation. Ishizaka has been serving as Asian Section's Programming Director for TIFF since its 20th edition in 2007. He has been serving as Senior Programmer since 2020. He concurrently holds the position of professor and dean of the Japan Institute of the Moving Image. He has written several books, including “Dynamic Southeast Asian Cinema: Multicultural, Transboundary and Solidarity,” published by Ronsosha Co., Ltd. 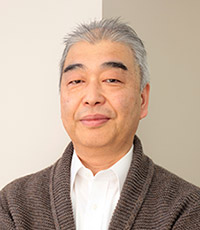 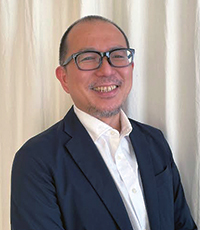 Advisory Board Members for the 35th TIFF

With the support of external experts with a wide range of knowledge, connections, and diverse values, the films to be showcased this year were selected.