TIFFCOM2022
Oct.25-Oct.27, 2022
https://tiffcom.jp/en
OPEN
Return to List of News
2022.11.02 [Interviews]
A powerfully controversial film that questions what justice means in a closed society（Originally in Japanese） 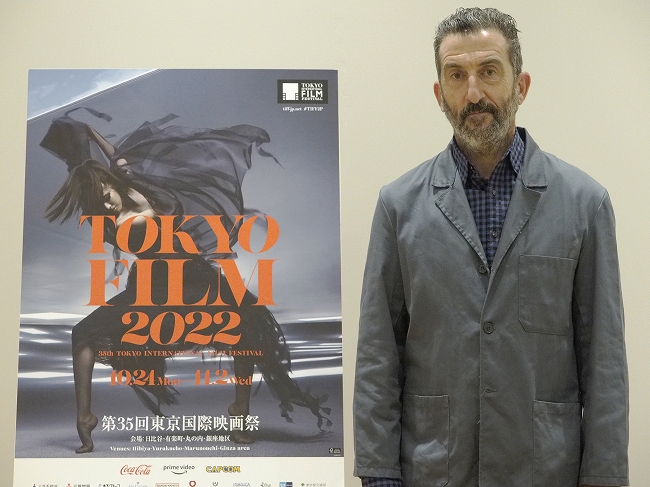 A French couple moved to a quiet village in Galicia, Spain, and starts a dispute with villagers. The backlash escalates and become irresolvable. A story about justice in the age of the European Union by Rodrigo Sorogoyen, a talented director who gathered attention in Japan with Madre (2019). The film is an adaptation of a true story with the great cast including French actors Denis Menochet of Only the Animals, which won the Best Actress Award and the Audience Award in 2019, and Marina Fois of Une Intime Conviction (2018), and also Spanish actor Luis Zahera.

Director Rodrigo Sorogoyen could not make it to Japan, so we would like to ask you some questions. How much do you know about how this film was made?

Luis Zahera: The story is based on a true story, and the original story is about a dispute between a Dutch couple and their neighbor’s family in a village in Galicia, in which the Dutch husband was murdered. We turned it into a fiction and changed the setting to a French couple.

Are there many immigrants from EU countries in the area depicted in the film? Although there are some conflicts that occur with people who have lived in the area for a long time…

Luis Zehera: No, immigrants rarely come to such a depopulated area. The original story of Dutch person is truly an exception. People rarely come to Galicia. Basically, on the contrary, they all go out, so Galician people are scattered all over the world.
In Spanish-speaking countries, the Spanish are sometimes called Galicians.

What part of the original true story do you think the director was attracted to?

Luis Zehera: This is the third film I have worked with the director, and as far as I know, he has had this idea from 7 years ago. Probably the part that attracted the director was the theme of “Who owns the land?” Whether it belongs to the people who originally lived there or to those who came after them. Nowadays, there is the impact of globalization and the theme of depopulation. In this film, it is about how the landscape of the village changes with the arrival of large corporations, which is represented by the windmills in the film.

You play a villager who has lived in the area for a long time. Did the director have any requests for your character?

Luis Zehera: Not really in particular. This character has never left the village and the windmill gives him a chance to finally get out of there. The director also wrote the script, and it was great. He rehearses well in advance, and I understood what Galician was like. So, even though we did rehearsals and table readings, there were no special instructions.

How did you feel about acting the character?

Luis Zehera: The character I played believes that windmills are his future and his last chance. So the French couple from the outside is the ones who are preventing modernization. Villagers don’t understand why the couple grow those little tomatoes, nor why they continue doing it there. If the couple doesn’t sell the land to the company, we will lose everything. So I played my character thinking French couple as our natural enemy.

The director commented that this film is about justice. How do you feel about it by playing the role?

Luis Zehera: I think this film asks exactly what justice is. The characters are very multifaceted, and I think that’s what makes it so effective. It was difficult to answer what is right and what is justice because we could understand both opposing sides. After all, the audience has to decide in the end. Who decides the justice…The film appeals to us as something difficult to answer.

You have played various roles. Do you have any special feelings towards the director?

Luis Zehera: The director is internationally recognized, and it is a great honor to take this role. At the same time, the director writes his own scripts, so he is very detailed about his work. He won the Goya Awards, who is the third or fourth director to win a this award among the directors I worked with, but Sorogoyen’s ability is unparalleled in the Spanish film industry. He has his own production company. Fellow actors often ask me how they can work with him.

He must be viewed as special person in Spanish film industry.

Luis Zehera: In the past, everyone wanted to work with director Pedro Almodóvar, but that has been changing. Now, Rodrigo Sorogoyen is the flag bearer of the new generation. He has been making TV productions and succeeding well. He has a great future ahead of him, making films in collaboration with France, and he is a man of natural talent.

By the way, how did you become an actor?

Luis Zehera: In 1982, when I was 16 years old, I was taken to a theater and got hooked. I t was a really simple beginning.

How did you meet the director Rodrigo Sorogoyen?

Luis Zehera: It seems that the director saw my work on TV. I started with a small role in his second film and gained his trust. I’m proud to say that I’m so-called Sorogoyen’s children (disciple). I may participate again in his future projects he is thinking of. The director is secretive, so details are unknown at the time of writing.