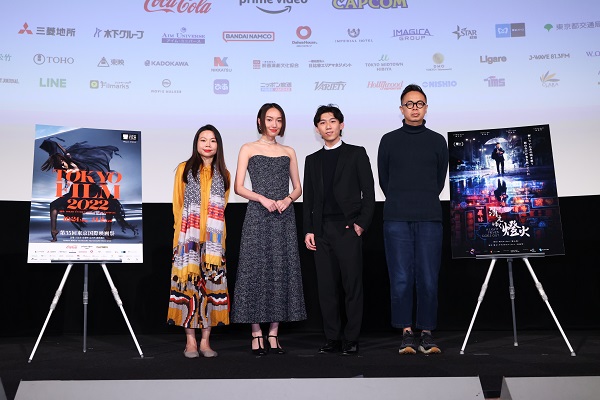 Nostalgia, as in the longing for something lost, takes on a double meaning in Anastasia Tsang’s debut feature, A Light Never Goes Out, which had its world premiere on October 25 in the Asian Future section of the 35th Tokyo International Film Festival.

On the surface, the something lost is the craft of neon sign-making, which the film’s protagonist, Heung (played by veteran Hong Kong actor Sylvia Chang), attempts to maintain after the death of her husband, Bill (Simon Yam), who was a master of the art. In another sense, it is the loss of Hong Kong itself, which once boasted a brilliant night glimmer thanks to its neon-lit boulevards, now garishly illuminated by LEDs and fluorescent lights. Of course, Hong Kong has lost much more in recent years, but Tsang thinks that the end of the neon glow is enough to represent it all.

Her movie is a strictly sentimental affair. Heung was always skeptical of Bill’s calling, especially as the years passed and fewer and fewer businesses availed themselves of his wares. But after his death she begins to appreciate his contribution, visiting locations where his works once made their mark indelibly, and she meets others who miss the neon, including Leo (Henick Chou), a young man of no particular distinction who claims he was Bill’s “apprentice” and continues to squat in Bill’s old workshop. Leo and Heung eventually try to extend Bill’s legacy against all odds. Then there’s Heung daughter, Prism (Cecilia Choi), who fortifies the allegory: like many of her compatriots, she sees no future in her beloved city, and is planning to move with her fiancé to Australia.

“I was not under any restrictions,” said Tsang during the post-screening Q&A, during which she also revealed that this was the first occasion for her to see the finished film. “But I wanted to say something about what was lost and the policy of getting rid of neon signs. It was not just that I wanted to depict the loss of neon signs.”

Still, the whole economic rationale behind the elimination of neon points to a future that disdains creativity for the sake of convenience. In Bill’s workshop, Heung and Leo endeavor to recreate his most memorable creations for the enjoyment of people who have nothing else to hold onto as they approach the end of their lives.

When asked why her character was moving to Australia, actor Cecilia Choi said, “In my case there were issues between my character and that of the character of my mother,” she said. “I want to thank Sylvia Chang for helping me understand those issues.”

The cast and crew on stage were grateful that the film was rated highly enough to be shown in an international venue.

“I’m a very slow producer,” admitted Saville Chan, “so I hope you will come back in a year or so to see my next film.”

The crowd warmly welcomed the proposition.