The 35th Tokyo International Film Festival began its 10-day run on October 24 with a glamorous array of filmmakers, stars and soon-to-be stars gracing the red carpet ahead of the TIFF Opening Ceremony. 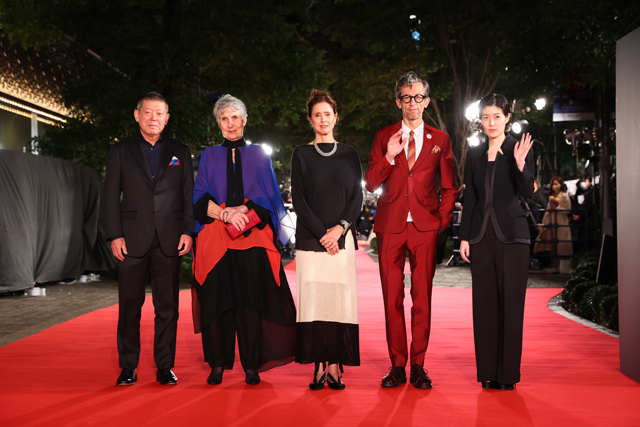 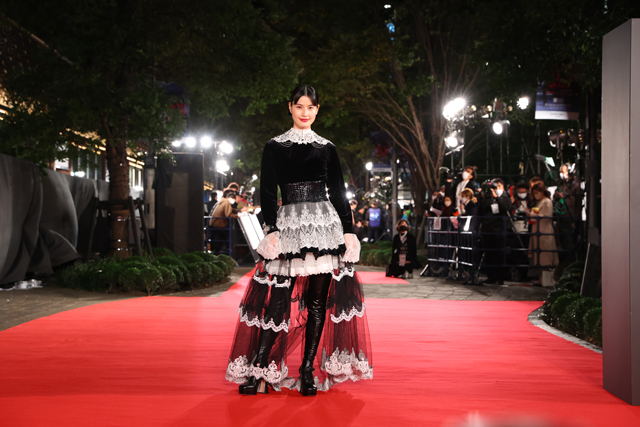 This year’s carpet was spread along the pedestrian boulevard in front of Hibiya Midtown, beginning next to Toho’s iconic Godzilla statue, and snaking 165 meters down to the elegant staircase leading into the Tokyo Takarazuka Theater. Home to the famed all-female Takarazuka Revue musical troupe, the theater was built in the style of yesteryear’s grand movie houses, providing the perfect backdrop for TIFF’s opening night.

Strict pandemic safety measures were in place, and will remain for all screenings, Q&A sessions, seminars and talk sessions, all of which will be held physically in TIFF’s venues in the Hibiya-Yurakucho-Marunouchi-Ginza area of Tokyo. During its 10-day run, from October 24 – November 2, the festival will be screening 111 films from 42 countries/regions. Fifteen titles are competing for the Tokyo Grand Prix in the International Competition, drawn from 1,695 submissions from 107 countries and regions, up from last year’s 1,533 submissions. The festival will host 33 world premieres and one international premiere.

The Red-Carpet festivities got under way with brief stage appearances by some 140 guests from across all nine sections of the festival.

Prolific director HIROKI Ryuichi, at the festival with an astonishing three films in the Gala Selection, made his first red carpet appearance with the stars of Phases of the Moon, OIZUMI Yo and SHIBASAKI Ko. Noting that COVID-19 had prevented their participation for the past two years, Oizumi sent a warm message to the festival’s international guests, exhorting them to “enjoy TIFF!”

Hiroki next appeared with the stars of 2 Women: TERAJIMA Shinobu, TOYOKAWA Etsushi and HIROSUE Ryoko. Terajima, one of Japan’s most heralded thespians and winner of the Silver Bear for Best Actress at the Berlin Film Festival in 2010 for Caterpillar, plays a famed feminist author-turned-Buddhist monk in the fact-based film. She thanked TIFF for hosting the film, and couldn’t resist commenting: “2 Women is opening on November 11, so we hope that you’ll help get the word out and everyone will come to the theater.”

Hiroki also escorted the cast members of his film Motherhood, TODA Erika and NAGANO Mei. Toda, who plays a mother with questionable parenting skills in the mother-daughter mystery thriller, commented: “We are very honored to be able to participate in the festival.”

Director FUKUNAGA Takeshi, in the Competition section with Mountain Woman, appeared with YAMADA Anna, MORIYAMA Mirai and NAGASE Masatoshi. Yamada commented, “I’m very honored to screen the film in such a wonderful place. I hope you will enjoy it.”

MATSUNAGA Daishi, director of the Competition film Egoist, appeared with his two stars, SUZUKI Ryohei and MIYAZAWA Hio. Suzuki, who plays an emotionally stunted man who falls for a young trainer at his gym, commented: “I’m so honored to be on this stage. About 3 years ago, Mr. Matsunaga approached me with the idea for this film and said he wanted to work with me. So it’s really exciting to be here today with the world premiere of the film.”

Director IMAIZUMI Rikiya, in the Competition section with by the window, appeared with INAGAKI Goro, NAKAMURA Yuri and TAMASHIRO Tina. Inagaki commented, “Thanks so much for being here tonight. I hope you will all enjoy the film.”

i ai director MahiTo The People, walked the carpet with stars TOMITA Kentaro and MORIYAMA Mirai. Moriyama, who stars in several TIFF films this year, commented: “I’m really honored to be here with the film. The director is making a very red and very blue film debut. I hope you enjoy it.” Before the team left the stage, the director, a well-known antiwar demonstration organizer, turned around so the audience could see the “No War” sign on the back of his red suit.

MAEDA Gordon, star of Lightning Over the Beyond, appeared with composer-turned-director Yoshihiro Hanno and costars Shogen, IKEUCHI Hiroyuki, KATO Masaya and Awich. He admitted, “This is my first starring role, and I’m really honored to be standing in front of you all here. While we don’t have a distributor for the film yet, I think this will be the starting point for bringing the film to many people around the world.”

The Opening Ceremony, held inside the Tokyo Takarazuka Theater, began with a jazzy singing-dancing performance by former Takarazuka Revue stars YUZUKI Reon, MIYA Rurika, NANAMI Hiroki and KURENAI Yuzuru. Yuzuki sent out a greeting to those watching the ceremony online, and the women all shared their wishes for the success of the film festival.

Japanese Prime Minister KISHIDA Fumio then appeared on video with a warm greeting and heartfelt congratulations, commenting, “Film has the power to restore hope and to help us overcome the difficulties that we’ve faced due to COVID-19. The government will do its utmost to create an environment in which people can once again enjoy filmgoing and have peace of mind. Film is a mirror that reflects the world, and I feel honored that you will be able to enjoy such rich film experiences here in Tokyo. The festival’s theme is “Leaping Forward,” and I hope that Tokyo will make a further leap forward with these wonderful films from around the world. I also hope we will see further advancement of the film industry in Japan and around the world.”

35th TIFF Festival Ambassador Hashimoto Ai then appeared on stage, expressing her feeling that the Covid era is finally over. She noted, “Japan is an island country and people may think that we’re a closed society. But we see abundant expressiveness on screen. Japanese films have high humidity, and by that I mean that you can feel the weather and nature, and this is a really attractive point of our films. I hope you take this opportunity to come and see films in the theaters during TIFF.”
Following a brief introduction to the festival’s lineup and the jury members from the Amazon Prime Video Take One Award and the Asian Future section, the members of the Competition Jury were called on stage: Jury President and director of theater, opera and film Julie Taymor, former director of Institut Français Marie-Christine de Navacelle, director João Pedro Rodrigues, actor SHIM Eun-kyung, and director of photography YANAGIJIMA Katsumi.

Said Taymor, “It’s so wonderful to be here. I thank the festival so much for inviting me to be the president of this fantastic jury. We’re from Japan, France, Portugal, Korea and the US, so we hope to have a good representation when we make our decisions. The most magnificent thing we can do as humans is to gather together and share our common stories, to take people to places they didn’t know they wanted to go. With the war and all the divisiveness in the world, film festival, and film itself, is the place we can honor creativity and imagination, and things that keep us together as one. We are excited to experience the films coming from all over the world. This festival is a celebration of what it means to be creative, to be imaginative, to share across cultures. Through film, we live the lives of others, and prompt empathy, which is something we most need today. Again, thank you so very much.”

Next came an introduction to the TIFF Opening Film Fragments of the Last Will, and the appearance of its director, ZEZE Takahisa (The Chrysanthemum and the Guillotine, Heaven’s Story) and wildly popular star Ninomiya Kazunari (Letters from Iwo Jima, Killing for the Prosecution). The film is based on the true story of a Japanese man who became a prisoner of war along with 600,000 other WWII soldiers, and spent 11 years in a Siberian gulag, where he never gave up the faith that he would be able to go home and be reunited with his wife, played by KITAGAWA Keiko.

Commented Zeze, “There were so many challenging circumstances during COVID-19, but I believe in the power of film to bring a lot of enjoyment to people. Although the pandemic situation will continue, I think the festival can build up excitement for film.”

Said Ninomiya, “We’re very honored to be here and thrilled that Fragments of the Last Will was selected as the Opening Film at TIFF. I want people to watch this film, which deals with the subject of war and its lingering effects, and encapsulates human emotions. But the message is that no matter how hard the circumstances, people will still find hope.”

Added the director, “Under harsh circumstances, people do not lose hope. In the film, we’re looking back at the past, but we’re looking at it with new eyes to represent the present. Despite COVID-19 and the difficult times of war, there is the possibility for hope and the miracle of love.”

At the end of the ceremony, the official opening declaration was delivered by Festival Chairman ANDO Hiroyasu, who said, “We’ve had two difficult years due to the pandemic, but we are now able to hold the festival close to the way we did before COVID-19. Our theme this year is “Leaping Forward,” and over the next 10 days, we will screen many films and hold a variety of events. I now pronounce the 35th Tokyo International Film Festival to be open.”

The Tokyo International Film Festival will be showcasing 111 films from around the world and other film-related events in the Hibiya-Yurakucho-Marunouchi-Ginza area from October 24 – November 2. 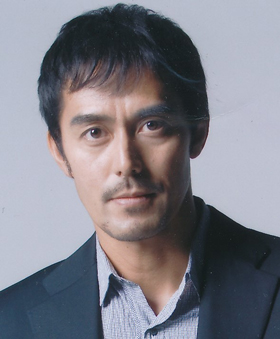 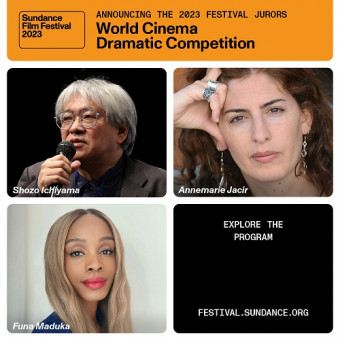 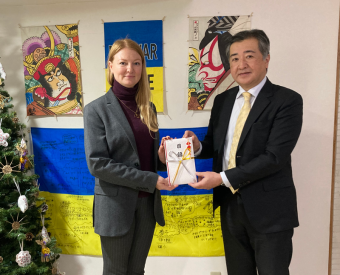 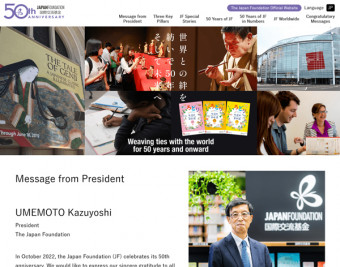 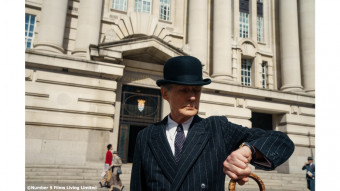 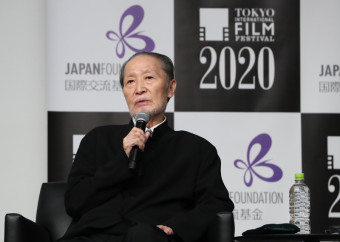